Have you started your holiday shopping yet? Me neither.

I did make a list and check it twice. The list I’m talking about is my annual article on great gifts for food lovers for Calgary’s City Palate magazine. I came up with  17 gifts, gadgets and goodies for 2016.

I hope my article helps you find “just the thing”. And now, I’d best get started myself…after just one more cookie!

I love them. They’re a joyous occasion. Have you been to one?

Now’s your chance. You’ve got about 19 hours left to get tickets here. You can never have too much joy.

There’s really really nothing quite like a long table dinner when it comes to the chance to savour it all. 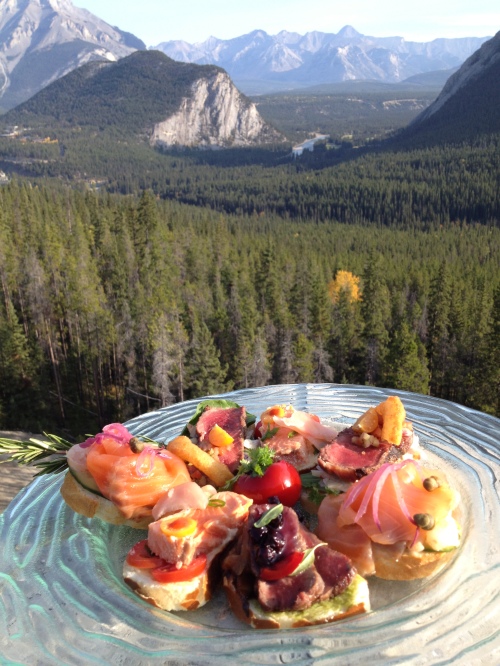 Alberta is a great place to eat – photo – Karen Anderson

Click this The Local Pantry link to find an article I just wrote for Calgary’s City Palate magazine featuring 50 of my favourite local food and beverage products.

Choose these products first and you’ll help grow a strong Alberta and Canadian economy from within. We are blessed with the very best tasting food in the world.

I’ll eat and drink to that. In fact, I think eating local might be the very best way to savour it all.

Filed under Farms, Farming and Farmers

This event qualifies as both a very #CoolThing and a major #ArtInstallation. It promises to be quirky, upbeat and delicious and I’d say it’d be the funnest event this year for those that love food, art and film.

Here are the details and ticket link from the City Palate press release as follows:

END_OF_DOCUMENT_TOKEN_TO_BE_REPLACED

My friend Greg Spragg of Spragg’s Meats – I call him the Pig Whisperer – he is kind & will only raise pastured, hormone and antibiotic free pigs

The United States has an epidemic of porcine diarrhea that has killed approximately three million piglets and cost that country $240 million dollars. I just finished reading this news in the article above by Amanda Stephenson. Stephenson’s piece also reports that Ontario has just seen its first outbreak of the virus and a spokesperson for Alberta Pork says that “the real question is, can we keep it out of the Prairies?”.

I suspect it has something to do with the industrialization of the hog industry but I’m not a farmer or a veterinarian. This crisis is just one more factor that has me and many consumers asking questions and wishing for greater transparency in our food systems. This post describes what I know about the current systems of how pork is raised and goes on to look at some small trends and ideas that might lead the way back to a healthier pork industry with hopefully healthier animals within that industry.

END_OF_DOCUMENT_TOKEN_TO_BE_REPLACED

Filed under Farms, Farming and Farmers 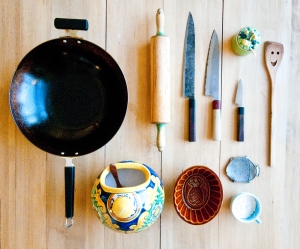 Stumped for gift ideas for the food lovers on your list?

Check out the 20 ideas I wrote about for Calgary’s City Palate magazine here.

Enjoy, and if you see something you like, just “fast forward” it to your own personal Santa.

Happy Holidays and remember to Savour it All.

Highwood Crossing Farm has been in Tony Marshall’s family for almost 120 years now. The farm is in Aldersyde, Alberta and hugs a curve in the Highwood River. It’s as though the land of the farm and the flow of the river are two lovers spooning. Most of the time, life is that peaceful and serene there.

In June of this year that was definitely not the case. That’s when we Albertans dealt with The Great Alberta Flood of 2013 and Tony and Penny Marshall of Highwood Crossing saw their Highwood Crossing Foods Ltd. processing plant in High River swallowed up by the river. To add insult to injury the basement of their beloved and beautiful home on the family homestead was also devastated. As always, they looked around and thought – things could be worse. They regrouped and are slowly rebuilding as they can. Before long Tony was making a joke that with all that flour and water in High River it was a good thing they did not also make yeast. High River would have had another mess on their hands the likes of a Ghostbusters movie.

This blog will talk about the Highwood Crossing organic grain farm, the products they produce and what’s involved in that process and then finish with a few of Penny Marshall’s delectable recipes. I’ve had the delight of trying these good things and enjoyed them so much I’m confident you will too.

END_OF_DOCUMENT_TOKEN_TO_BE_REPLACED

Savour It All
Blog at WordPress.com.