A few years ago, I had the chance to spend a quick 36 hours in Waterton, Alberta. Stay at warp speed in Calgary or wind down in Waterton – even for a short time? The choice was clear. All I wanted was a little fresh air to blow the city from my brain. Little did I know I’d meet a great plein air artist – Dean Tatam Reeves – in my travels.

In this post, I’ll tell you more about the day we met and the workshops he’ll be offering this summer.

END_OF_DOCUMENT_TOKEN_TO_BE_REPLACED

Art Installation No. 29 – The evolution of an artist – Louise Savoie

The first time I posted an art installation on this blog, it was to talk about the work of my friend, the artist, Louise Savoie. Five years later, it’s been a joy to watch her evolve from representational art to flourish in her new passion for abstract painting. She has been painting consistently for about 10 years now and has a new show opening in Calgary this week. END_OF_DOCUMENT_TOKEN_TO_BE_REPLACED 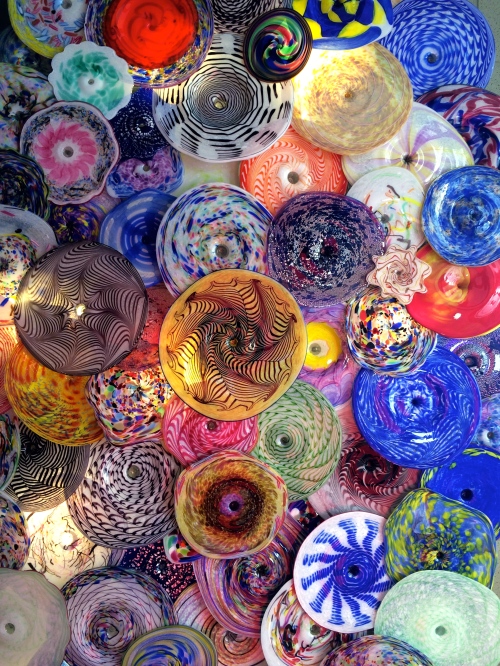 Toque and Canoe is a travel blog devoted to people who want the inside scoop on CANADA! I care for that.

This week they published a piece called The Artful Hotel – Where every room is a gallery and it featured one of my favourite artful hotels – Hotel Arts in Calgary. Hotels with art installations are extraordinary places to stay.

I’ve been working with Hotel Arts for a few years now and they are the artful anchor for a tour I do with my company Calgary Food Tours Inc. called Palette to Palate. For the 2016 season we’ve moved this tour to Saturday mornings so more people can join us to appreciate art, food, wine, architecture and entertaining stories of Calgary’s history on a lively walking and tasting tour in the Designer District.

Come on out and join us. It’s a great way to savour it all. 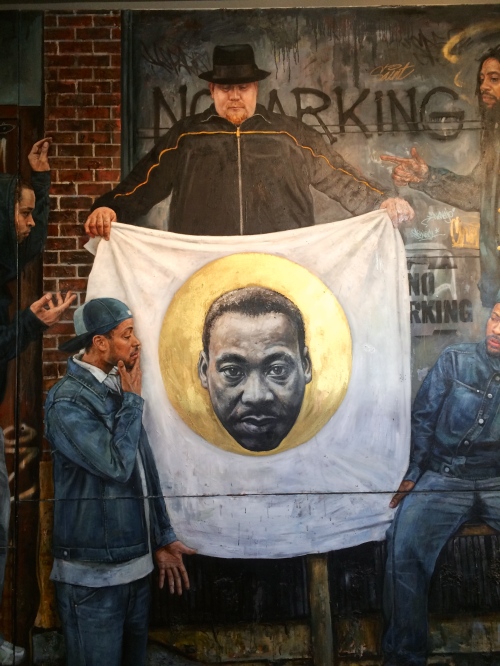 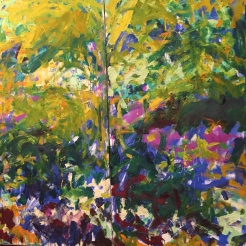 impressions of tulips? – photo – Karen Anderson
The first time I went to Giverny – and inside the high walls surrounding Claude Monet’s home and garden – it was May. Iris were everywhere.

They were tall and sparkling with dew in shades of mauve, purple, yellow and white. They took the lead in a joyful song of spring with lilacs and wisteria as voluptuous back up singers. My mind grabbed that purple haze of flowers and sealed it away. Irises became synonymous with Giverny for me. I never thought of how it would be the rest of the year. My recent visit was an epiphany.

The iris were only thinking about their diva-ish debut. The wisteria were wistfully waking, the lilacs were racing the apple blossoms for heightening senses with their scents-ability.

I think I’ll need to go every month of the year to truly understand the beauty of Monet’s intricate masterpiece. This visit was the fulfillment of an innocent wish made at another time and another place – far from Paris or Giverny. I’ll tell you a bit about that before I share some of the photos I took of Monet’s true masterpiece.