Touring empowerment projects in #India – Does it make a difference?

Everyone feels great when they get paid a fair amount for a job well done. This is a photo of me and some cycle rickshaw workers that I just paid 500 rupees for 3 hours work. It was fair, not over compensatory. Just look at how happy they are! – photo credit – Charles of TravelXS

I take people to India every year on cuisine and culture tours.

I admire many aspects of Indian culture.

But, my favourite thing about India is – and always will be – her people, all of her people.

That’s why I seek out a chance each year to spend some time with Indians who’ve joined empowerment projects. These are people who are changing the welfare of their families and India forever. I’m going to share some of their very hopeful stories here. END_OF_DOCUMENT_TOKEN_TO_BE_REPLACED

My friend Dee Hobsbawn-Smith, just sent me a note saying I might like this movie, Monsoon. I quickly looked up the date for Calgary and see that I missed it by a few days. Now, just like the film crew I’ll be chasing a monsoon.

I would have loved this film and I’ll hope to see it yet. It won the People’s Choice award and was in the Top Ten films at the Toronto International Film Festival.

I just experienced my first real monsoon season in India last November. India heightens our awareness of humanity’s oneness. Monsoons manage to magnify that effect. Read on for more about what my initiation into monsoon culture was like and to learn about a special project the director of Monsoon, Sturla Gunnarsson, has started.

END_OF_DOCUMENT_TOKEN_TO_BE_REPLACED

Mr. Abraham’s Spice Garden – cooking with coconut in the Cardamom Hills of Kerala 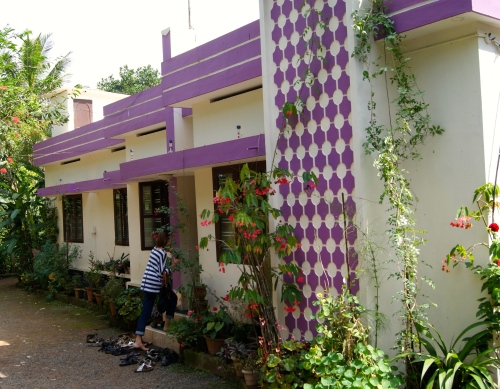 Coconut is a great ingredient and though I love coconut, I think spices are perhaps the greatest ingredient ever given to a cook.

This post allows me to share another savoury coconut recipe but it also satisfies my longing to share my journey to a very special place in Kerala, South India.

When I planned my first trip to India, I planned it around two equally passionate quests; I wanted to meet India’s people and I wanted to go to where the spices grow.

Both of these desires were fulfilled when I found myself at Mr. Abraham’s Spice Garden in a quiet, lush corner in the Cardamom Hills near Periyar. I fell in love with the garden and of course with the garden’s caretakers.

Mr. Abraham’s garden was included in a BBC TV show and book by Monty Don called Around the World in 80 Gardens. I think it’s as close to the Garden of Eden as I’ll ever get. Read on, for the recipe and a virtual tour of the garden and you’ll see why I’ve been back and will keep going back as long as I’m able.

END_OF_DOCUMENT_TOKEN_TO_BE_REPLACED

I’ve got a lovely bunch of coconut…recipes for you.

From Cochin (Kochi) to Thekkady in Kerala to Mahalamapuram to Chettinad in Tamilnadu I’m going to finish my coconut theme strong. This post will highlight Fish Moilee (Moylee, Molee) – a coconut flavoured fish dish mildly spiced with mustard seeds, turmeric and curry leaves.

END_OF_DOCUMENT_TOKEN_TO_BE_REPLACED 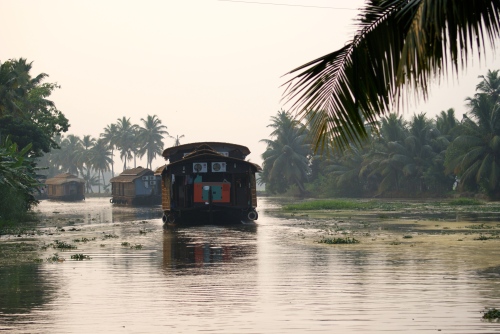 So why go beyond? If you’ve seen the Golden Triangle you’ve seen India’s best have you not?

Well, if you are a cook, India’s real hook is less about her monuments and more about the reason that explorers fell at her feet in the first place. India’s spices are what set the world in motion.

When it comes to spices, South India – which is made up of Karnataka, Kerala and Tamilnadu – is a dream destination. Pepper, cardamom, cinnamon, turmeric, ginger, cloves, nutmeg, and allspice thrive here. Cumin, coriander, mustard seeds and saffron are brought in from the North. Garlic, red onions, little shallots and chilies complement add depth and heat when desired. Curry leaves are plucked from bushes that are indigenous to the landscape. I’ll talk more about the spices I’ve found in South India in another post.

South India gave the world spices, Ayurvedic medicine and the star ingredient of this post – lots and lots of coconuts.

Here’s a few coconut basics I’ve found out so far.