W5 – a series of questions about @cookitraw #rawAlberta @albertaculinary – Let’s start with “WHAT” is Cook it Raw?

If you have no idea WHAT Cook it Raw is, this blog post is for you.

Watching the video above is a great place to start learning about Cook it Raw. Check it out and see if, while you’re learning about WHAT Cook it Raw is, you can also find seven Alberta food products that you might be quite familiar with but that the rest of the world might know very little about. That’s a pretty big hint about the answer to WHAT this is all about, by the way.

Don’t have time to watch the gorgeous video by Edmonton cinematographer Kevin Kossowan? Nah – go back and watch it. It’ll make you want to get on a plane to Lac LaBiche, Alberta – even if you have no idea where in the world that is. Hey, wait, that’s another clue to WHAT Cook it Raw is all about! Let’s cut to the chase.

Cook it Raw is a group of local and internationally-renowned chefs who gather to discover and articulate the essence of diverse and emerging culinary locations throughout the world. They are just winding up six months of intensive work in Alberta this very week. This is only the ninth time there’s been such a gathering since the inception of the program in 2009.

To learn more, read on and as an incentive to do so, I’ll give you the answer to exactly WHAT the seven truly Albertan ingredients are at the end of this post.

Cook it Raw started in 2009 in Copenhagen, Denmark. A man named Alessandro Porcelli saw the 2009 Copenhagen United Nations Climate Change Summit as an opportunity to use food to talk about sustainability and energy use. He challenged some of the world’s leading chefs to look around the truly Nordic terrain of Denmark and use four guiding principles (tradition, creativity, collaboration and sustainability) to connect with the land, forage for food and cook it using the least energy possible. Put another way, the chefs had to cook it “raw”.

Since 2009, Cook it Raw has morphed into a gathering of the world’s best-known chefs who travel to discover the land, people and produce of the world’s least-known culinary areas.

Researching and applying the guiding principles of Cook it Raw to these three same elements each time (land, people and produce) forms the backbone of their work to help forge a globally recognized culinary identity for the locations chosen to participate. The fact that these chefs each bring a leading journalist from their countries and those journalists share the story with the world goes a long way to establishing each new locale on the global culinary map.

Since May of this year, Cook it Raw has brought this creative life force to Alberta.

Porcelli and his team have been working with 14 innovative chefs from across our province to help them develop a narrative about our land, people and produce. This week, those 14 have been joined by seven of the best chefs in the world to forge our food frontier.

The 21 chefs will share and collaborate in a flow of creativity. They will seek sustainability for the future through deepened respect for the traditions of Alberta’s aboriginal people, their food and for this land starting with the soil we stand on.

Now, WHAT about those seven ingredients that are being presented as Alberta’s defining produce? Did you get them from the video?

1. Root Vegetables
Did you know that our cold nights cause root vegetables grown in Alberta to stop photosynthesis, consolidate sugar and become the world’s sweetest tasting? You just can’t BEET them! 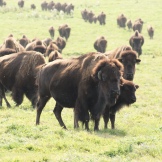 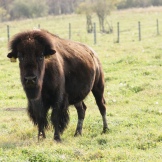 2. Bison
At one time there were about 70 million bison across the great plains of North America. The European settlers killed them as a way to starve and banish the aboriginal people. The aboriginal people have a prophecy that was told to me once by a Blackfoot elder at Head Smashed in Buffalo Jump. The aboriginals of Alberta believe that their destiny is tied to the bison and that they would both come near extinction but that both would come back to thrive and live together in harmony. The bison is the staff of life to our aboriginal people. At one point, there were only 500 bison left in North America. Now there are about 500,000. They are being recognized as a keystone conservation species for the way they graze and maintain or restore health to the land. Perhaps Cook it Raw might have an impact on the need to respect and utilize the knowledge of our aboriginal people. Perhaps we will see more of our Aboriginal people thrive with pride in their culture and its knowledge once again.

I’m proud to be an Alberta beekeeper – photo – Karen Anderson 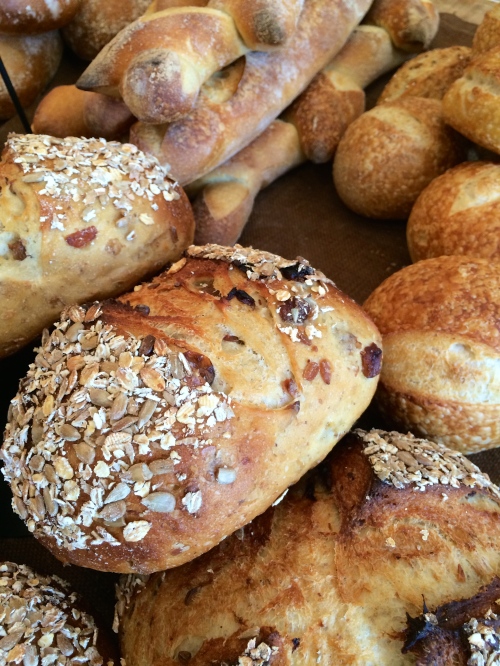 4. Red Fife Wheat
A friend of mine did her Master’s Degree thesis in Gastronomic Science at Slow Food University in Italy on Red Fife Wheat. It’s hardy. It’s tasty. It’s ours and people are growing it again because it does well here without help from pesticides and fertilizers.

5. Saskatoon Berries
Saskatoons are hardy. They will even grow in the Yukon and Northwest Territories. They are the beloved berry of the Prairie.

6. Canola
Canola was selected through natural methods from a plant known as rapeseed which was originally an oil used to lubricate machinery. The research done in the Canadian West made rapeseed edible by reducing the sulphuric components so it was coined Can-ola for Canadian oil or (oil low acid). We are the largest producer of Canola in the world and its harvest generates $11 billion in economic activity each year. ‘Nuff said. 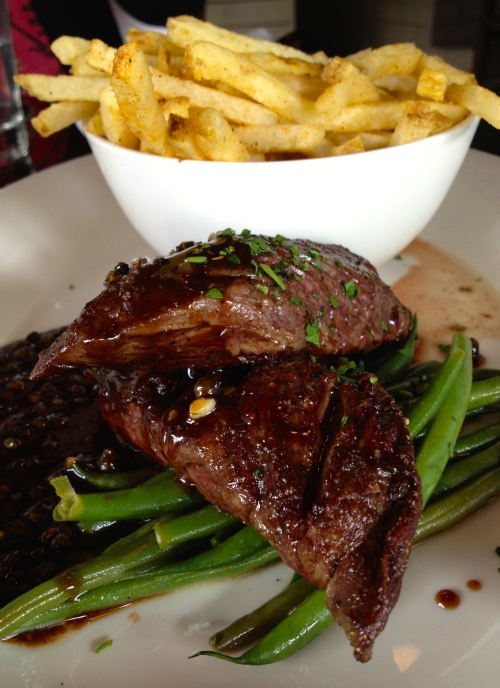 7. Beef
(bet you thought I was going to say BEAVER – like in the video – close call but we escaped that!) To give you an idea of how big the beef industry is compared to the bison industry, about 35,000 cattle are killed a day in North America compared to about 40,000 bison per year.

What do you think? That’s a pretty tasty line-up of produce for our chefs and their guests to work with. Do you think the world will be glad to know more about these foods? I sure do.

Now, that we’ve answered some of the WHAT questions about Cook it Raw, is your curiosity piqued about the WHO of Cook it Raw? In the next post I’ll talk more about the founder, the chefs from Alberta and the superstar chefs that are here to collaborate and share their knowledge. Then we’ll tackle the WHERE, WHEN and finally the WHY (and how).

3 responses to “W5 – a series of questions about @cookitraw #rawAlberta @albertaculinary – Let’s start with “WHAT” is Cook it Raw?”